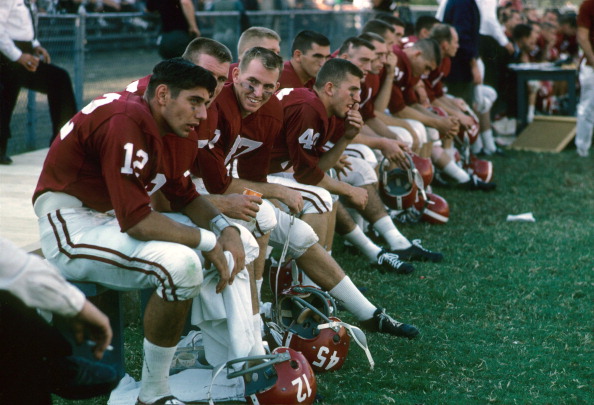 One of the most iconic sports figures in history joined The Game on Monday night. Joe Namath is primarily known for leading the New York Jets to victory over the Baltimore Colts in Super Bowl III, but he also had a successful career while at the University of Alabama.

Namath, who was a member of two national championship teams at Alabama, was not sure what to expect when he arrived on campus from Beaver Falls, Pennsylvania

"I had to live it," Namath said when asked how he embraced the passion and tradition the Crimson Tide has. "I had to be in Tuscaloosa. I had to be in old Freeman Hall with our team. I had to experience the fans and the folks in T-Town. That was the only way I was able to absorb the importance of our tradition at our university."

Seeing the success Alabama has had and is still having, Namath believes that Nick Saban deserves to be in the same discussion with other legendary head coaches such as Paul "Bear" Bryant.

"Winning games and winning national championships are certainly important, but I also look at how they influence the students and the players that are there to learn from them. Not only to learn from the sport, but how to become a better person, how to be ready for the big game of life, and how to prepare for things. Coach Bryant you know if he had stayed in the military Ryan he would have become a general," Namath told host Ryan Fowler. "He was a leader, but he appreciated the truth. He needed the guys around and he was a teacher. Coach Saban is very similar in that way. He realizes that he needs the rest of the team, the coaches, and the players."

"You can mention these guys the same way. Coach (Gene) Stallings is a great coach to me. Different man? Certainly from Coach Bryant and Coach Saban, but as far as teaching kids and pointing them in the right direction and getting them ready for life, they belong on the same team in the same room"

Namath also took the time to remember late Alabama Athletic Director Mal Moore and to recall the vision they both shared of building the Crimson Tide into a powerhouse in all college sports.

You can check out part one of the interview here, and the second part here.